The North Cotswolds needs little introduction, pretty villages and cosy pubs. We are sometimes called the South Cotswolds, but in reality the Cotswold Area of Outstanding Natural Beauty runs all the Way to Bath, so we are The Heart of the Cotswolds, right in the middle.

Easy to get to, great as a base, full of interesting things to do and courses to take, the Cotswold Way is just one of several National Trails that pass through and with villages as well as canals, festivals and entertainment it's a wonderful part of the world.

Come and explore, come and discover the hotcotswolds..... 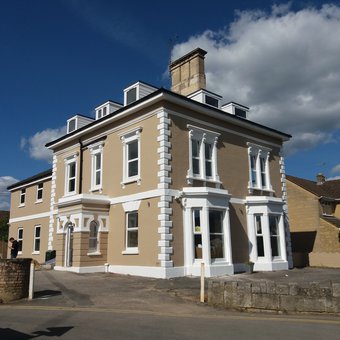 15 Self-catering apartments in Stroud - ideal for a couple of nights, a few days or longer. Providing a home from home and a great base for your visit.

Walk the canal or the hills. Bring your bike for road, mtb or something in between, we have a bike store.

It's a 15 minute amble to the train station and coach.

With 5 dog friendly apartments you can bring your pooch, but do message first to check availability.

Accommodation Activities Cycle Where are we 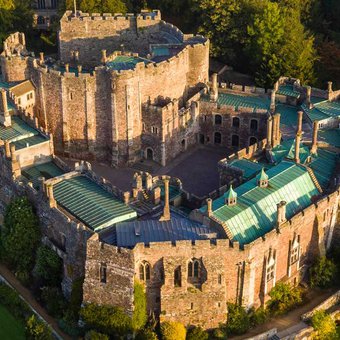 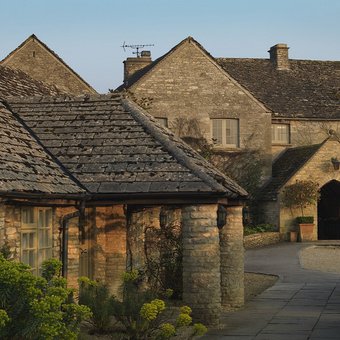 Stylish rooms, a sublime spa, amazing spaces to eat and meet… and 220 glorious acres.
Bring the family, bring a certain someone and absolutely bring your appetite. For top-notch feasting, re-imagined relaxation and a little outdoor adventure.

Accommodation Afternoon tea Bars Days out Food and drink Spa, Treatments, yoga, gyms and pools Wedding venues Where are we 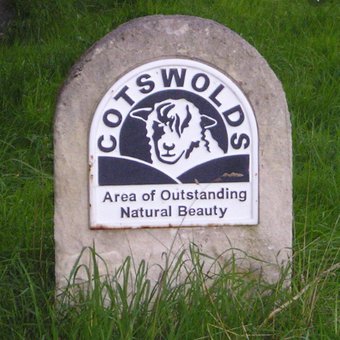 The Cotswolds aonb web site contains lots of interesting information including self -guided walks, information on places to visit and history of the area too.

The Cotswolds was designated an Area of Outstanding Natural Beauty (AONB) in 1966. Covering 790 sq miles, stretching from Bath in the south to Banbury in the north. AONBs together with the 15 National Parks cover around 25% of our countryside.

Activities Cycle Days out History Learning Walks Where are we 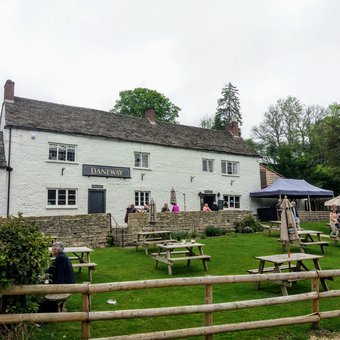 This gem is hidden away in the Sapperton Valley and sits on the Cotswold Canal towpath, this stretch is part of the Wysis Way. Pretty as a picture and cosy inside, there is a beer garden and even a campsite. Even if you don't want to walk far it's a very short walk into the woods to discover overgrown locks and pools, soon to be uncovered and brought back to life/

Accommodation Activities Food and drink Heritage Pubs Walks Where are we 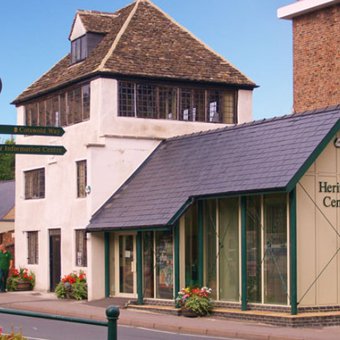 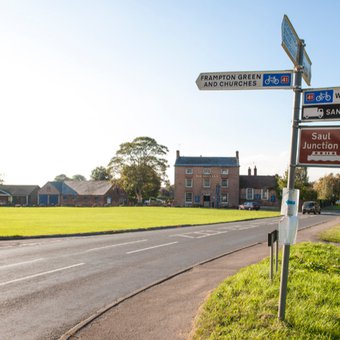 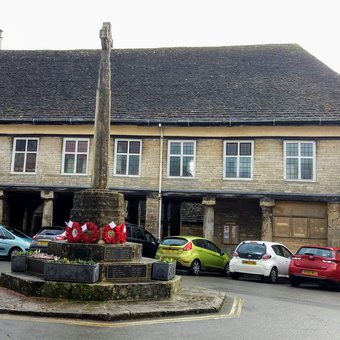 Sited on the high ground of the Cotswold Edge, a few miles east of Stroud across the amazing Common, this charming small town feels "remote".

It attractive narrow streets are lined with mellow Cotswold stone houses and cottages with some fine examples of 17th and early 18th-century architecture. These include the ancient columned Market House, elegant Market cross and the imposing church of the Holy Trinity with origins in the 12th century.

With a cracking pub, a delightful tea shop or two and a renowned wedding dress shop, plus some other shops to wander through, it's well worth a look. You might be lucky and see the Highland Cattle being driven up the main street to spend the summer on the Common!

Gatcombe Park, the home of H.R.H. Anne, Princess Royal, and the British Festival of Eventing, is near by too. 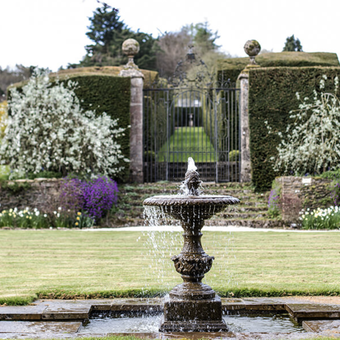 A family-run, 2,000 acre rural estate overlooking the Golden Valley. Made up of woodland, farmland, gardens and The Nursery with an ornate café in an Edwardian greenhouse, making Miserden a go-to destination for plant and coffee lovers alike.

Activities Cafes Food and drink Where are we 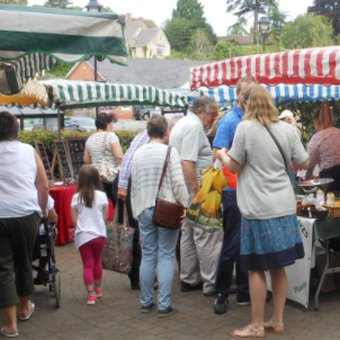 It's a pretty town. Nestled into the folds of the hills it gives it's name to one of the Five Valleys.... Nailsworth Valley of course. Full of independent shops, cafes, cracking restaurants, pubs and a market, it's easy to while away a few hours.

It's easy to get here by bus, the bus station is in the middle of town. The old railway cycle path (part of the Sustrans Stroud Valleys Trail, route 45) is a traffic free way to get around and the A46 also passes through on it's way from Stroud to Bath. Visitor Information Centre, at the Library on Market Street.

North Nibley village is about 1.9 miles (3 km) northwest of Wotton-under-Edge.You can walk from Nibley to Wotton on the Cotswold Way (search walks on this site) or get the bus.

Villagers run the shop and have also organised the annual Nibley Music Festival, raising lots of money for good causes, including the primary school. Check these out along with The Battle of Nibley, The Tyndale Monument, Westridge walks, cycling, horse riding and the woods and the connection with the TV series Sherlock too.

Nibley is a great place to park and take a walk. Perhaps visit the Black Horse or the village shop and cafe? 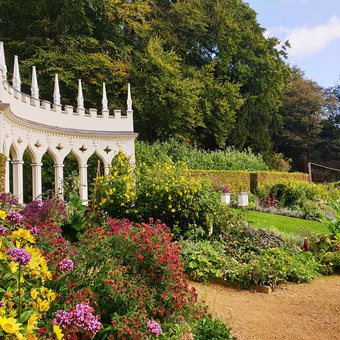 This is the country's sole surviving complete rococo garden. Designed in the 1740s as a fanciful pleasure garden for Benjamin Hyett and his guests, this hidden valley offers spectacular views of the surrounding countryside and intriguing garden buildings. Snowdrops and bluebells, lots of interest all year. A cafe too and just off the Cotswold Way. 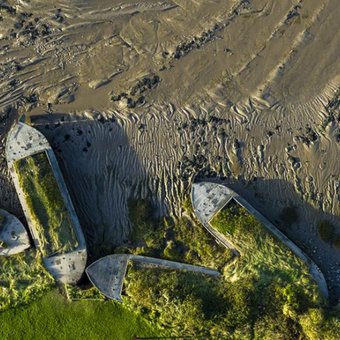 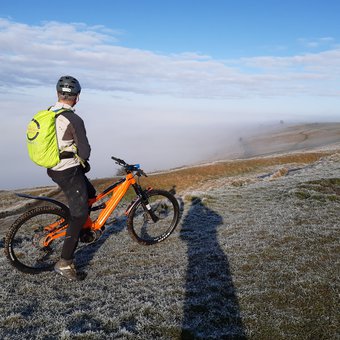 If Carlsberg made locations to watch the sunset over the River Severn then this would be the best.....probably. It's easy to park and walk (beware peak times can be busy so walking up is an option). The Cotswold Way passes along the edge for stunning views of the Malvern Hills and the Black Mountains. The Sugar Loaf near Abergaveny is easy to pick out on a clear day.

It's an internationally significant grassland home to a breathtaking array of wildflowers, birds and invertebrates and is designated a Site of Special Scientific Interest. It also features a Bronze Age burial mound, 'the Toots'.

Activities Cycle Learning Walks Where are we 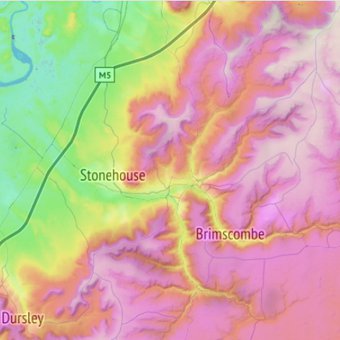 Probably the best known town in the heart of the Cotswolds, it is situated at the meeting point of the Five Valleys, tucked into the western edge of the Cotswold Hills (The Cotswold Area of Outstanding Natural Beauty).

It's a beautiful part of the world with steep sided valleys giving wonderful views, miles of walking or cycling, the canal to explore and The Cotswold Way passes by about a mile to the west.

The town has a long tradition of having an independent spirit and cafe culture. There are frequent festivals, including art, music and book festivals with lots going on throughout the year. Check out "Good on Paper" for listings.

It's about 20 to 25 minutes by car to Gloucester, Cheltenham and Cirencester and 45 minutes to Bristol and Bath so it makes an ideal base.

You can get here by train too, the station is in the town centre.

hotcotswolds covers roughly the Stroud District Council area and here is a wonderful video giving you an overall view of this stunning, fascinating and exciting part of the world. 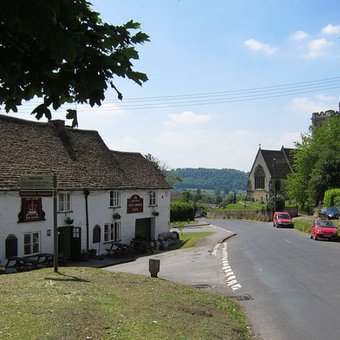 Uley is one of many small and pretty villages nestled into the Cotswold Edge. Here are at least three good reasons to stop awhile:
The Prema Centre, art, learning, live performance and a cafe.
The 17th Century Crown Inn.
Uley Bury, dating from around 300 B.C. and standing high above the village.
Hetty Pegler's Tump, an open burial mound a little further along the Cotswold Edge. 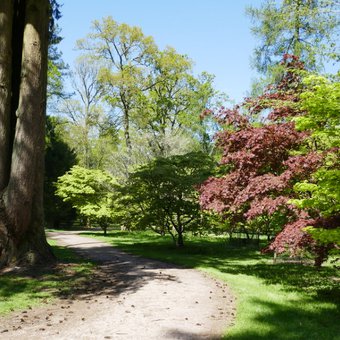 The arboretum is home to 2,500 different species from the far corners of the globe and 5 national tree collections. Discover the perfect place for you to escape, relax or have an adventure! Take a journey up into the canopy on the STIHL Tree Top Walkway, go on a guided walk around the arboretum and stop by the café for a tasty treat. 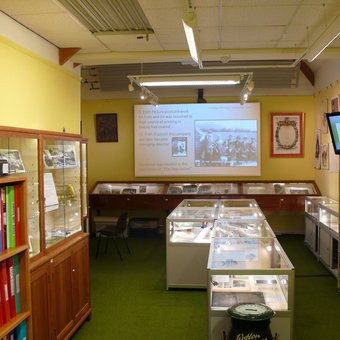 Wotton's collection of archives, records, photographs and genealogical research material housed in a converted fire station. Exhibitions throughout the year and display items of interest of local and national history, well worth a visit. A quick note: 1086, in the Doomsday Book there were already 10 mills in Wotton, many more would follow.

Activities Heritage Kids Learning Where are we 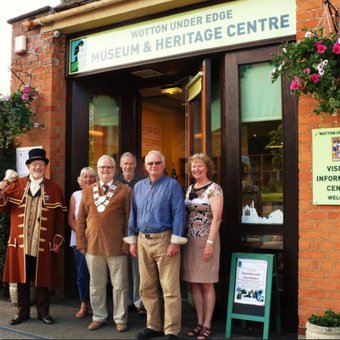 The Wotton-Under-Edge Historical Society and Heritage Centre is housed in a converted fire station and located in The Chipping. There is always a display to enjoy (and tourist info available) and the centre contains a sizeable collection of archives, records, photographs and genealogical research material.

Days out Heritage History Where are we