First up, this is a rough guide, only of some of the larger and regular events in the area such as the Open Studios in the Five Valleys, The Nibley Festival, The Dursley Walking Festival, The Wotton Jazz Festival etc.

If you are looking for bands on tonight then go to Good on Paper, they are listed below. It's a first rate band and culture listing magazine, I can't recommend it enough. They are so good at it why would I want to re-invent the Wheel. Thank you guys. Speak to you soon. 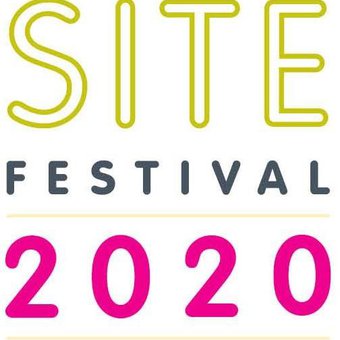 An annual visually inspiring festival of artist-led exhibitions, films and performances combined with a diverse series of talks from artists and writers. Over 80 Open Studios, across the Stroud Valleys. Date changed due to C19 of course in 2020. Look out for May / June 2021. 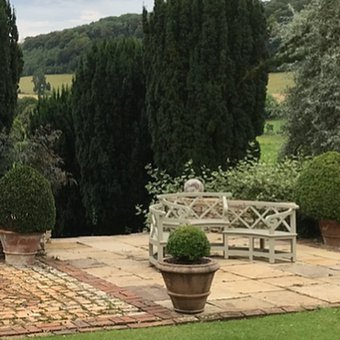 A biannual weekend of wonderful Spring gardens including nationally significant local gardens not usually open to the public. Several open artists studios are incorporated in the programme as well as garden sculpture. Refreshments available. The 2021 programme includes Stancombe Park. 01 May 2021– 03 May 2021 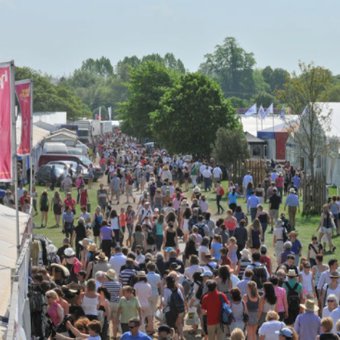 A 5 day event, one of only six annual Concours Complet International (CCI) Five Star ***** events as classified by the Fédération Équestre Internationale (FEI) in the world. It takes place in April or May each year in the park of Badminton House, the seat of the Duke of Beaufort in South Gloucestershire. The Cross Country day can attract up to 250,000 visitors, though cancelled in 2020 and it's being held benhind closed doors in 2021. See you in 2022! 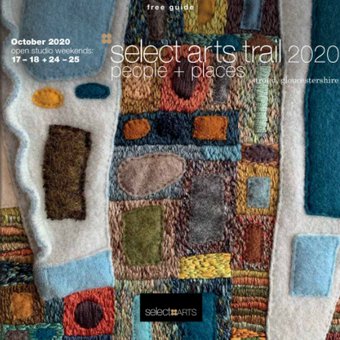 Select Arts is a Gloucestershire based arts organisation. They support local and national artists in curated and artist-led exhibitions, events, talks, and educational opportunities. They work to raise the artist’s profiles and support their creative journey. with a successful annual Select Trail Open Studios and Select Festival annually. 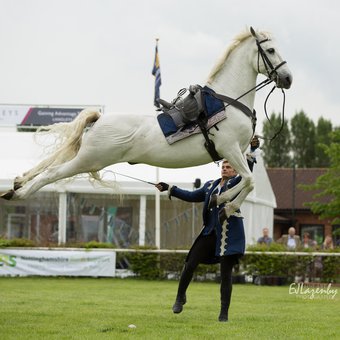 11 and 12 July 2020 is it’s 30th birthday! A packed programme of family fun and entertainment including exciting horsemanship, The Dog and Duck Show, sheepdog demonstrations, falconry, displays and loads for kids. Take your dog for free. 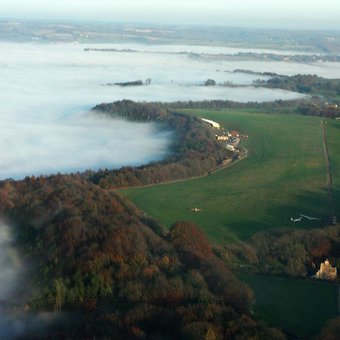 Our airfield is situated on the edge of the Cotswold escarpment and overlooks the stunning river Severn valley - an ideal location for a taster flight right through to a weeks gliding holiday. You can learn from the age of 14 and qualify at 16, but just taking a flight is a memory to treasure, particularly above the Cotswold Edge. 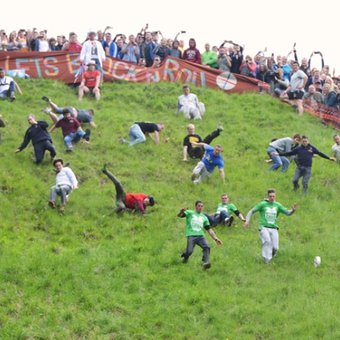 Not for the faint-hearted, the world-famous Cooper's Hill Cheese-Rolling and Wake has been held for around 200 years every May. Whilst competitors chase an 8lb wheel of Double Gloucester cheese down the hillside, watching is the safest option. The tumbles and somersaults are spectacular and the first aid team are often rather busy. 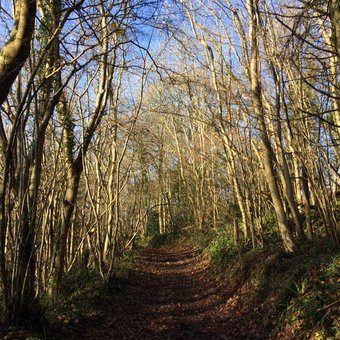 Join the annual walking festival in October around Dursley. Picturesque views on trails across the local countryside. Programme of events for all abilities including many family friendly walks. 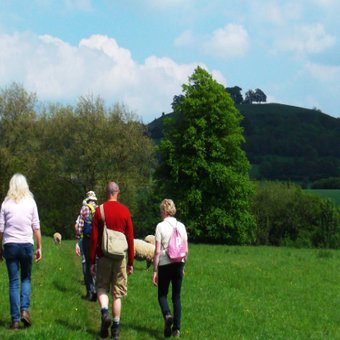 It's in a great spot to roam. Surrounded by the Cotswold Edge on 3 sides and the Severn Vale to the west there is so much choice.

The website below has a page of self guided walks and is well worth a look. 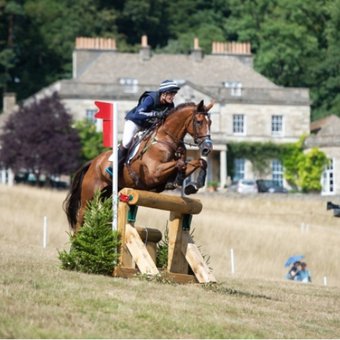 It is an amazing event in the equestrian calendar, a genuine showcase of one of the most challenging and competitive sports – Eventing. The best of the best competes at The Festival. Gatcombe Park is transformed into the perfect destination for a great day out.
An action-packed entertainment programme to satisfying the shopaholic and foodie with a Shopping & Food Village. 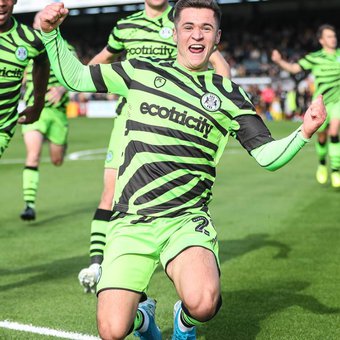 FGR.... Established in 1889, this League 2 club’s home is Nailsworth making it the smallest town to have a league club. But it’s also a vegan club and the “World’s greenest club” according to FIFA. The Chair is Dale Vince, owner of ecotricity, Stroud’s very own eco energy company. 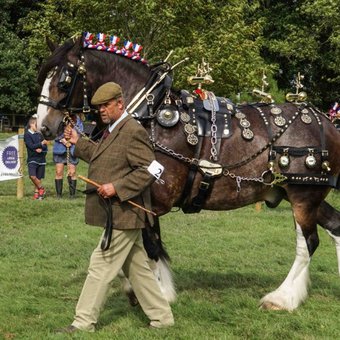 Held in 30 acres of beautiful parkland of Frampton Court Estate, this is one of the last truly traditional country fairs. Join us in celebrating all that is great about the countryside and the people who work and live in it.
With over 400 trade stands, three display rings and a traditional fun-fair there is so much to see and do. 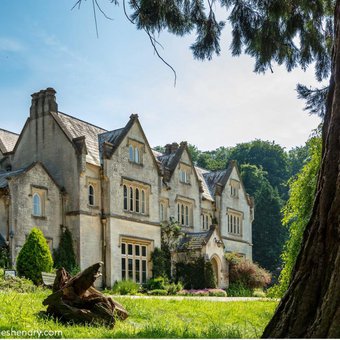 Providing courses in the arts, music, wellbeing, and sustainability..... how to write that novel you always wanted to write, poetry and the environment.

Also hosting events, talks, debates and films addressing the pressing issues of our time to inspire people to make a difference, as well as providing a venue for exciting and forward-thinking organisations.

Go to their web site and find a course or event that will inspire you, it is an inspiring place. 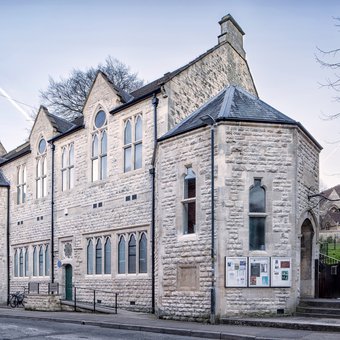 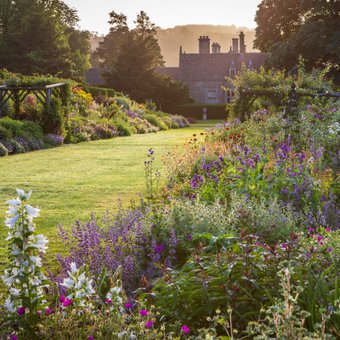 The National Garden Scheme Garden Visitor’s Handbook is your essential garden-visiting guide. Check out the entries for the Gloucestershire....February to October, your perfect garden awaits.

It includes a diverse range of exceptionally beautiful gardens across England and Wales. With thousands to choose from. 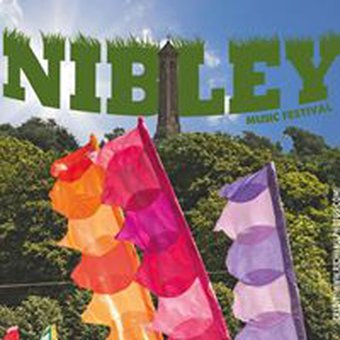 Nibley is the friendly festival in a stunning Cotswold location. The best music, free entertainment for the kids, stalls, local beer, food from around the world – it’s the recipe for a perfect weekend. A rare festival gem. 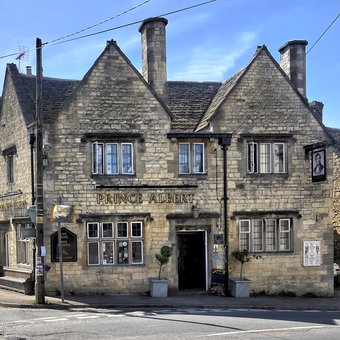 One of Stroud's best known pubs, sitting on the edge of Rodborough Common. Bringing the best of Stroud ales, art, music and people to its visitors in a way that makes them feel welcomed into the heart of the community. Check out the website for bands, food and events. 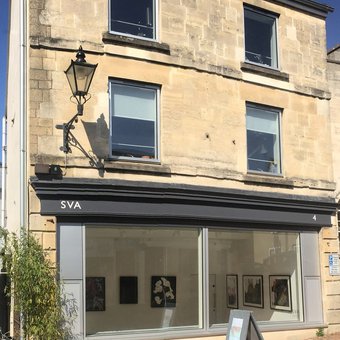 A Cultural Hub In The Heart Of Stroud. John St: 26 artists, a gallery, project space, cafe/bar and a year round artistic and educational programme. The Goods Shed: performances, exhibitions and film screenings. Keep an eye out for the annual Ppen Studio Festival or just take a look at the street facing gallery on John Street. 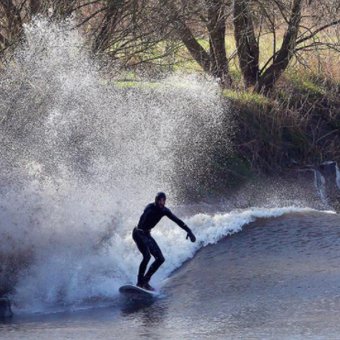 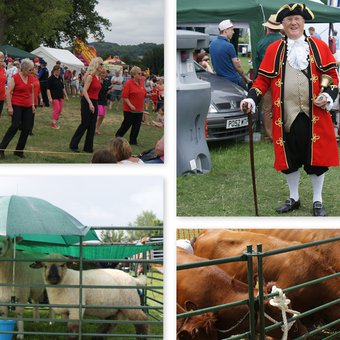 Steeped in local tradition a country show celebrating the best of local produce, skills and talents, and offering entertainment for people of all ages. Music, dog show, food and drink, horticulture, art and craft, and lots of stalls of local enterprises. A great family day out. On hold due to Covid of course.... 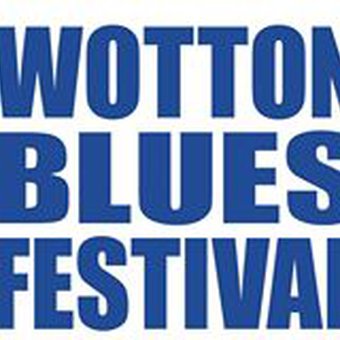 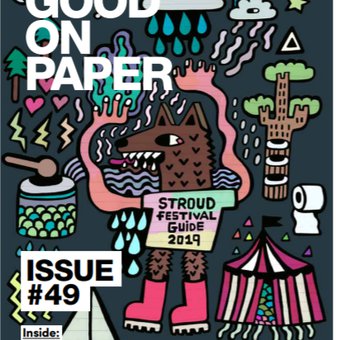 Stroud and the Five Valleys monthly guide to the multitude of festivals, exhibitions, literature events, theatre productions, comedy shows and artists it harbours. It's Stroud's ‘Time Out’ bringing everything into one place.

Running since February 2015 informing the community and involving local venues, artists and writers in its content. Good On Paper is a free independent magazine published monthly and we love it!!!

The video is a collaboration with Sound Records, Stroud, 22 11 2020 live stream.